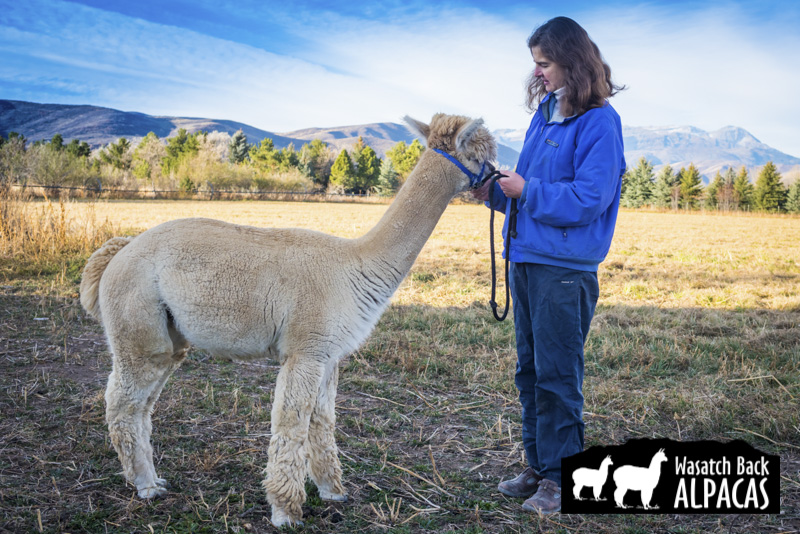 Description: His fleece is very fine, dense and bright.
This boy looks great! 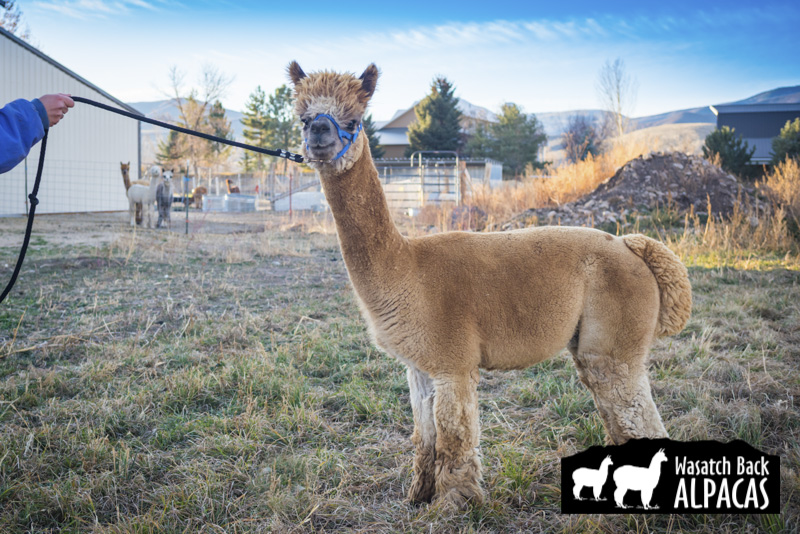 Description: He is very fine and has lots of crimp. He has a terrific line-up of bloodlines including Legacy, Hemingway, Bueno, and Snowmass Matrix. His full brother Snowmass MR Sizzlin Rose has a total of 12 Champion Ribbons. He has two cria on the ground both of which obtained ribbons at GWAS in 2016 (3rd and 5th). 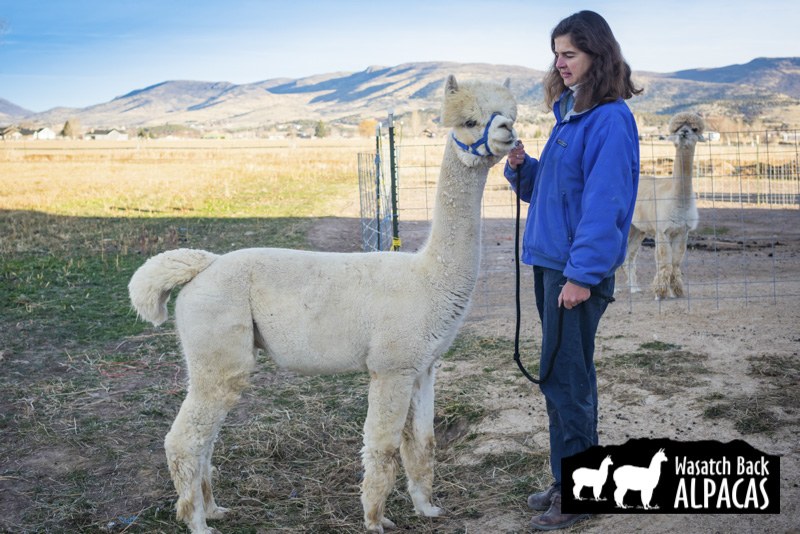 Description: Indy’s previous owner’s described him as having “amazing fleece”, with “great handle and brightness.” He has done well at maintaining his fineness and at 5 years still had 19.8 micron. As a cria he won 1 color championship, 3 reserve and 5 blues. He has passed on his fineness and density to his offspring, two of which placed 2nd at Nationals and obtained blues at GWAS. 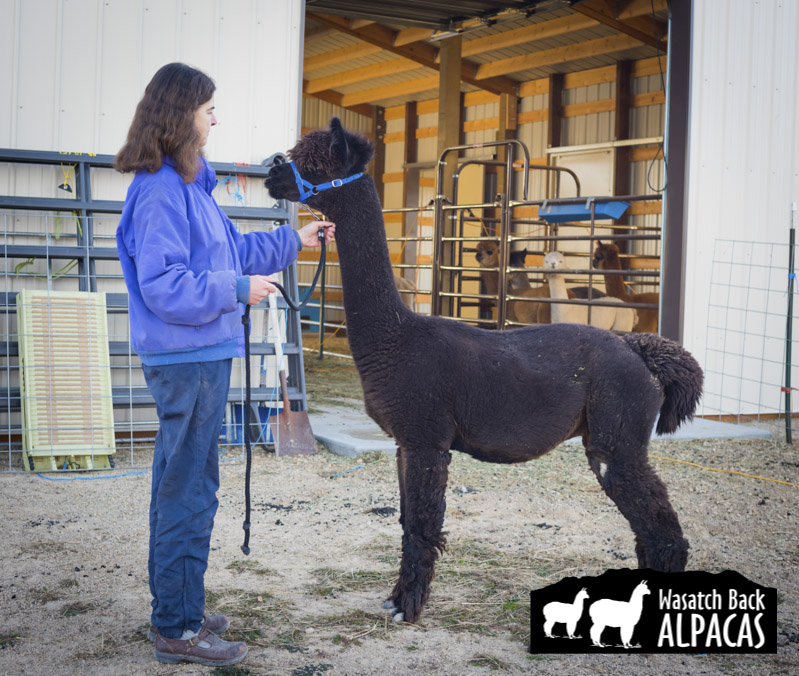 Description: Very macho male with extremely dense fleece, Montana produces about 10 pounds of fleece a year. He is an Accoyo Express son and 5/8 Accoyo Bay Black. He has an impressive show record and has two crias, one of whom did very well in the show ring (3 blues as a yearling).